The Not So Distant Future 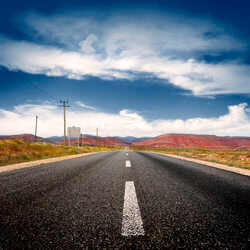 You’re right in the middle of a filling a major order for one of your biggest clients that is in desperate need of your product, yesterday. All of the sudden, the machine that you use to manufacture this particular product breaks and there’s no way to get the part delivered in time to finish the order. Your stress level as just been raised to a level not safe for the presence of children.

Not to fear! You just remembered the 3-D printer you purchased is hooked up and ready to go. After quickly accessing the manufacturer of the broken part’s website, you are able to download the part’s blueprints and send the information straight to your 3-D printer. Like magic, your new part is printed and ready to install.  Your downtime went from potentially being a couple days, to a matter of minutes. Your clients order is filled and you look like a magician, bring on the kiddos.

While it might not be the most efficient use of time to sit and day dream about the future, it can sometimes be worth the occasional journey into the world of what if. However this what if, is actually a lot closer to a reality than we think. 3-D printing (also called additive manufacturing) is slowly making its way into our lives and if it continues to progress they way it has, it may just be the biggest thing in manufacturing since the assembly line.

Okay, so that might be a stretch, but if you’re an organization that prides itself on Lean processes and techniques, 3-D printing is something you should be paying attention to. For some, it’s hard to grasp the idea that some new technological advance is going to change how you do business. However, a true Lean practitioner should always have an open mind to any form of improvement, especially one that has the ability to reduce waste and add value like 3-D printing is capable of.

How Does It Work?

The reason 3-D printing is considered additive manufacturing is because of the printing process. The printing process consists of  constructing a solid, three-dimensional object by adding materials in layers rather than the typical “subtractive” method of constructing by cutting or machining raw material into a desired shape.

First things first, you need a design. Originally, you would have to design your own concept with CAD type programs. This is still a viable option, but as the popularity has grown, many sites have sprung up with tons of downloadable designs that allow you to get a blueprint and start printing in a matter of minutes. Makerbot, a desktop 3-D printer manufacturer, has even developed a 3-D scanner that allows you to scan a small object and then re-print it using a 3-D printer.

Once you have your design file and are ready to send it to the printer, you can select the material you wish to use. This could be rubber, plastic, paper, polyurethane-like materials, metals and more, depending on the printer you have.

Each printer has a slightly unique method for printing, but in general the material is either sprayed or squeezed onto the platform from the printer. The printer feeds the material into the platform in a series of passes much like an inkjet printer would, depositing layer on top of layer until the finished product is complete. The time it takes to complete is dependent upon the size and complexity of the object.

Recently, a team of researchers, engineers and dentists developed the first prosthetic beak for a injured bald eagle using a 3-D printer. NASA is currently testing 3-D printers that would allow astronauts to print what they need while in space. There was also the controversially 3-D printed gun that went viral on YouTube last year. However, these are the stories that make headlines not bottom lines. There are however, companies already benefiting from the use of 3-D printing right now and are not about to look back.

The American automaker and one of the early pioneers of Lean philosophies, already sees a future where customers will be able to print out their own replacement parts (for a small fee of course). In theory, a customer could enter the parts information provided by Ford and have it printed on a 3-D printer anywhere they like.

As of now, Ford is using 3-D printing to produce prototype automobile parts for test vehicles. At their Beech Daly Technical Center in Dearborn, Mich., Ford is saving an average of one month of production time by creating a casting for a prototype cylinder head used in its EcoBoost line of engines, using 3-D printers.

Paul Susulla, section supervisor of rapid manufacturing at Ford, recently told The Wall Street Journal that the traditional casting method, which requires designing both a sand mold and the actual tool to cut the mold, would typically take four to five months.

With the use of 3-D printing technology, Ford is able to skip the time-consuming process of cutting casting out of material molds and complete the entire process in three months.

Another advantage of using 3-D printers for Ford, is that it allows engineers to produce several cylinder head versions at once. This gives them the ability to test multiple prototypes of the same part and identify the best version for production.

GE is currently looking to make progress in their aviation and medical divisions, using 3-D printers.

The aviation unit is already currently printing fuel injectors and other components within the combustion system of a jet engine that’s being developed by one of their joint companies. The engine is expected to be ready for commercial aircraft by 2016.

GE believes the process of 3-D printing is technically more efficient and will financially benefit the company in the near future.

In their medical division, GE is experimenting with 3-D printers to develop a medical device, the ultrasound probe. The probe would be put on the patients body during an exam to transmit and receive signals to generate ultrasound images.

GE says that 3-D printing can potentially cut the costs of manufacturing parts of the probe by 30%.

The old days of sculpting prototypes of toys from wax and clay is all but a thing of the past for one of the world’s most iconic toy makers. Mattel engineers now use one of their 30 3-D printers to develop parts for just about every toy it makes, including popular brands like Barbie, Max Steel, Hot Wheels and Monster High Dolls.

However unlike Ford, the toy maker is not as keen on the idea of allowing people to purchase and then print parts from home.

A spokesperson from the company expressed a concern to The Wall Street Journal, regarding the safety of children once parts start getting printed from home. She did admit though that it is a “topic that the entire toy industry will have to face and embrace” as 3-D printers start to enter more homes.

Is 3-D printing going to change the way we manufacture goods forever? Only time will tell, but if the trend continues, it’s not one I would recommend being on the outside looking in on.

Product Quality – How can it be better Controlled?