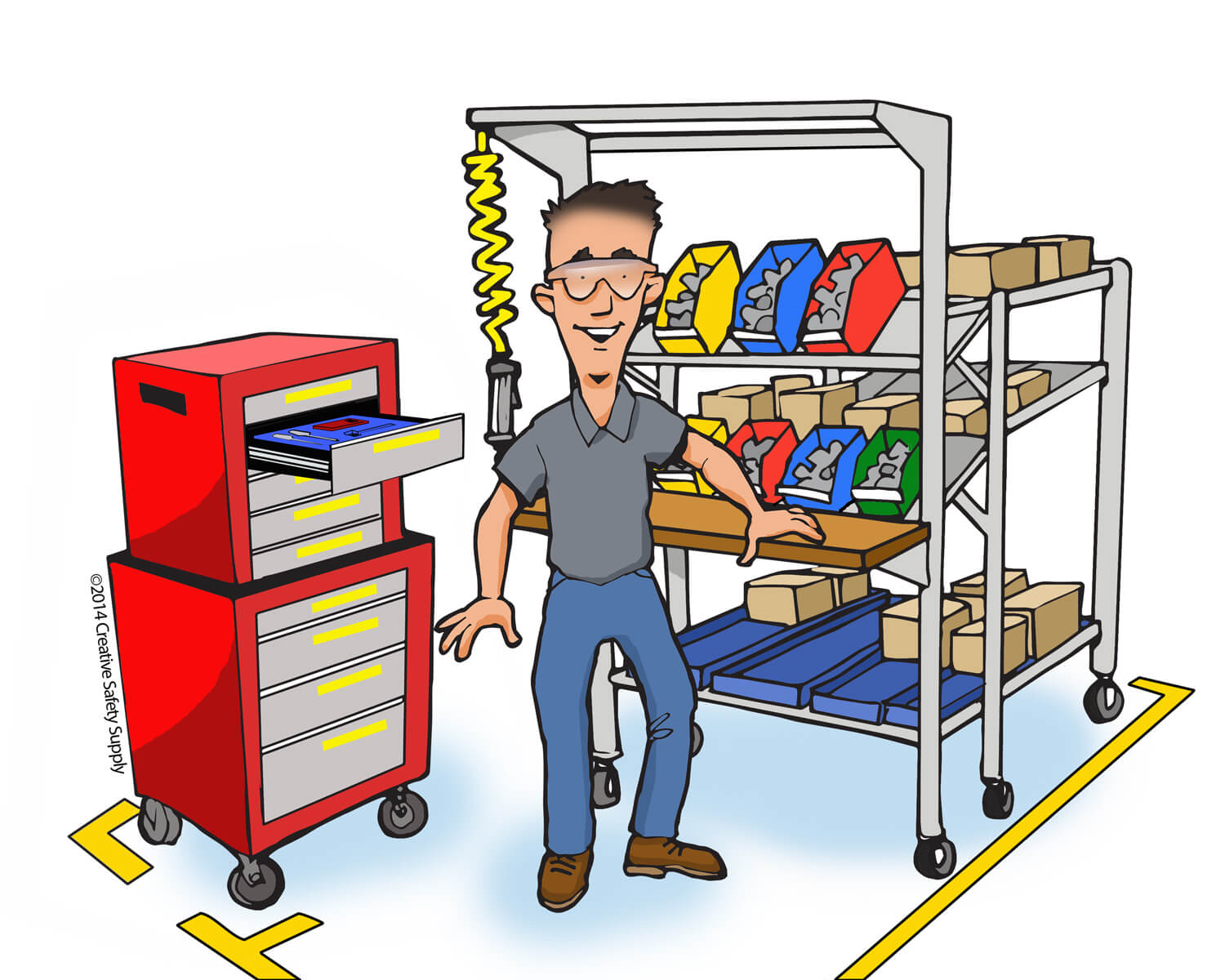 Let’s be honest, there are many discussions out there such as 5S Lean groups on LinkedIn and other professional sites which sometimes fail to hit the mark for pertinent and useful information. In fact, I have even stumbled upon backwards or even misguided information, while others have just been too drawn out and too boring to read. It is sometimes difficult to find good, solid information that I feel I need to pass on to my own readers. Lucky for all of us, my friends, today is not one of those days!

Every single person who has the slightest inkling of what Lean is has heard of 5S. You probably know a lot about how 5S works. There’s even a good chance you’ve used the tactic yourself. In fact, if you think about it, 5S is everywhere. Every single day articles get written about 5S (much like this one, hey!), and it gets suggested over and over again as an almost flagship tool for Lean as an ideology.

Of course, what I’ve been asking myself is why exactly that is. Sure, 5S is a solid tool, but why does it get so much attention? Lean encompasses Kaizen, Visual Mapping techniques, Gemba Walks, SMED, Root Cause Analysis, the list goes on and on. And yet, I’d be willing to bet my life savings (no really!) that more information has been written, consumed, and implemented regarding 5S than any other Lean or Six Sigma idea/tool. Today, I’ve come across an absolutely brilliant discussion of why this is on LinkedIn’s Lean Six Sigma group. Some of the insights are brand new, while others simply give the perfect wording to ideas many of us have known to be true all along but haven’t been able to explain just right. If anyone ever asks you again why 5S is so important, gets so much attention, or is the best tool for LSS beginners, feel free to point them to this blog post.

“To start simple and get people to see the value in LEAN…it helps!”

This quote comes from the first responder on the thread, Bryan Sandmann, whose apparent Ph.D. hasn’t stolen away from him the ability to recognize the value of simplicity. What Sandmann is getting at is a concept that was latched onto by many other posters and expanded upon: 5S is first and foremost effective because it is generally easy to understand for everyone involved, and doesn’t use a lot of LSS jargon.

Let’s allow poster Paul Heyworth to elaborate on this point:

“Once 5S is in place across the organisation, then more strategic lean methods can be introduced. By which stage, employees will be on board through trust and the change management of lean will be more accessible to their acceptance. “

Anyone who has tried to implement any new workplace strategy will be able to attest to the fact that change is often met with resistance. The methodology of Lean, especially when introduced for the first time, is no different. 5S, however, is comprised of five steps that are not overly complicated and don’t even seem explicitly connected to 5S at first. You’re basically carrying out an organizational project, but with very specific steps and expectations for each. People are much less likely to resist Lean initially if their first contact is something simple like 5S, rather than a more complex concept with a foreign name that inherently seems to imply more or a larger change in the status quo (Kaizen, Gemba, any one of Lean’s long acronyms, etc.).

And about that value…

In addition to just getting people “on board” with the idea of Lean because it wasn’t overwhelming or too different, 5S also demonstrates that “value” Sandmann mentions in his reply. 5S has very visual results, and if done room by room or space by space, they usually occur relatively quickly compared to most LSS strategies that have a more long term vision. What this means is that employees will see right away, “Oh wow, things are better already!”  Their work spaces become more efficient almost over night, the workplace is visually more organized, etc. In their eyes, this can be exactly the ‘evidence’ they need to see Lean as an effective tool they’re eager to learn more about, rather than a vague management concept dictated by the higher ups.

In most offices or facilities, there will be so much space that 5S is best introduced one room, department, or storage unit at a time. This creates opportunities for repeat operations in new areas, and also increases the amount of time your workers spend hands-on with Lean. Repetition not only familiarizes everyone with LSS, but it also creates active training scenarios where you can work on behaviors in real time. You can also evaluate one project and then use both manager and employee feedback to make the next 5S project in a different area more effective or better received.

Despite all of this praise – praise I’m wholeheartedly behind, by the way – there were a few dissenting voices in the virtual crowd. Dennis Makhari, for one, felt that introducing Lean through 5S could be dangerous to future endeavors. Makhari’s main concern is that the use of 5S may give the wrong impression; employees may think of Lean in terms of being a glorified cleaning and organizing system, and therefore not reconcile 5S with the overarching goals of waste reduction and efficiency improvement that Lean is really all about. Poster Michael Hoffman agreed, saying that you don’t want to present Lean as just a “set of tools or techniques.”

They’ve got good points, but these issues seem more about the way in which an individual presents 5S and the context they give it and less about any inherent problems with 5S and Lean. The bottom line is that if you give attention to properly framing what Lean is, 5S absolutely remains a standout way to get people behind the “big idea” and keep workplace growth moving forward.

The First Pillar of 5S: Sort

5 Things You should Know about Six Sigma Belts