Robots are no longer a dream of science fiction fanatics. They’re increasingly being used in the industrial world to help improve productivity for manufacturers, and can be designed to perform tasks like welding, assembly, painting, packaging, and product inspection & testing. The United States first began utilizing industrial robots in 1961 when General Motors employed the use of Unimate. This revolutionized the manufacturing industry. Most robots being utilized in the manufacturing world fall under the category of robotic arms, but some include machine vision and limited artificial intelligence as needed to perform functions that require identification and manipulation of an object or task. There are many benefits to the increased use of robots in the manufacturing world.

Robots and robotic arms can be programmed to perform the same task over and over again with a high degree of accuracy. By eliminating the possibility for human error, manufacturers can ensure that their products are being created at a consistent quality unmatched by human production. Should a variance in manufacturing technique be required, the need to re-train an entire team is virtually eliminated. The robots can simply receive a programming update that would only need to be written once and then replicated as needed to update their software. This saves manufacturers time and money allowing them to maintain their overall production output even as changes are being made.

OSHA regulations for human workers limit their available working hours as they require breaks for basic human needs like food and sleep. A robot’s ability to work tirelessly for as many hours as needed without interruption dramatically increases the product output of any manufacturing facility. It may seem harsh, but replacing humans with robots in an industrial manufacturing setting increases the company’s profits. Instead of requiring a human’s regular hourly wage, robots are purchased for a one-time fee and then kept in working order. The maintenance costs for robotics are comparably lower than the overhead expenditure of human wages, which helps to drive the cost of goods down. An industrial robot also never requires sick days, breaks company rules, or goes on strike. They can perform a 24 hour shift without requiring overtime, and never falter in their production rates.

Many of the industrial manufacturing jobs available carry with them a high risk of injury or death. Assembly line machinery is large, fast and dangerous, paint fumes can produce cancerous results after years of exposure, and welding can cause severe burns. By utilizing robotics in these dangerous settings, manufacturers are helping to reduce the number of workplace injuries and deaths. Robots function predictably and without error, so it can be expected that they’ll provide an increasingly safe working environment within the manufacturing industry. This will eliminate the need for factory shut-downs due to workplace accidents. Thoroughly cleaning and repairing machines involved in factory accidents and investigating these workplace hazards is a costly task that can hinder or completely shut down the manufacture of products. Eliminating the risk of workplace injury not only protects employees, but it also protects the overall product throughput and profits. 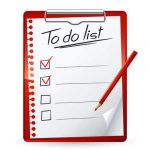 Many of the jobs given to robotic arms are considered repetitive and boring. The repetitive nature of an industrial assembly line is not only monotonous, but it can result in injury to the human body over time. By assigning these tasks to robots, many humans are finding themselves in a more satisfying position of work. The positions filled by robots also tend to require lifting of heavily weighted materials that would be nearly impossible for a human to perform. Automobile manufacturers regularly utilize robotic strength through the lifting and placement of heavy payloads. Even if this task could be completed by humans, it would be an unwanted job. This makes robotic manufacturing the perfect choice.

In general, the use of robotic manufacturing is increasing productivity by upwards of 60 percent. This is an unprecedented increase that can help encourage manufacturers to keep their production lines located within their own sales market. Rather than seek out cheap human labor from foreign countries, manufacturers are learning that the relatively low cost of robotic manufacturing within the domestic market is beneficial to their bottom line. It is also environmentally beneficial to keep production locally based since it reduces the carbon emissions required to transport finished products to their target markets. Many people mistakenly misinterpret the effect of replacing human labor with robotics as devastating to the economy. Keeping factories located in domestic regions boosts both the primary (raw materials) and tertiary (service) sectors of the economy. Manufacturers purchase their raw materials and services from businesses near their factory locations to help reduce costs, thus keeping these factories domestically based increases the use of domestic providers of raw materials and services. Thanks to increases in productivity driven by the use of industrial robots, manufacturers are encouraged to remain domestically based improving the overall quality of the economy within its local realms.

A Tale of Two Theories – LEAN or Six Sigma